Presentation: Guidelines for Development of Legislative Policy – equal possibilities for everyone 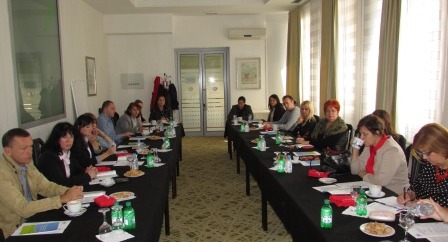 On the 1st October in Sarajevo, Hotel Bosnia, was held a Public presentation of Guidelines for Development of Legislative Policy – equal possibilities for everyone. The meeting was attended by representatives of the Civil Society Organizations and representatives of the executive and legislative authorities in Bosnia and Herzegovina. They all had an opportunity to learn more about this unique document, which, in future, will be useful in a process of creating and developing new legislation and new policies.

In the second session of the Presentation, all present were addressed by Vesna Vukmanic, representative of the Sarajevo’s organization ICVA (Initiative and Civil Action), also one of the coauthors of the Guidelines. She was speaking about health care system in Bosnia and Herzegovina within what she alleges that 13,5% of BH Citizens has not included in a health care system. She believes, the main problem is, insufficient cooperation between the entities and inability of refund between the entities. Also, discordances have been noticed between international and national standard in health system. This discordance reflected strongly on losing health insurance after losing a job or completing education process. Namely, citizens after losing job or completing education are not enough informed about process of registration in employment office, because of what, often, lose a right for health insurance.

The participants welcomed producing of Guidelines, which was produces as a result of dedicated work of Expert Working Group in a cooperation with Rights for All and ICVA. It was concluded that this Guidelines should be used within each process of legislation producing and might be useful reminder for needles reform and improving in a fields of social and health care systems in BHS Society.