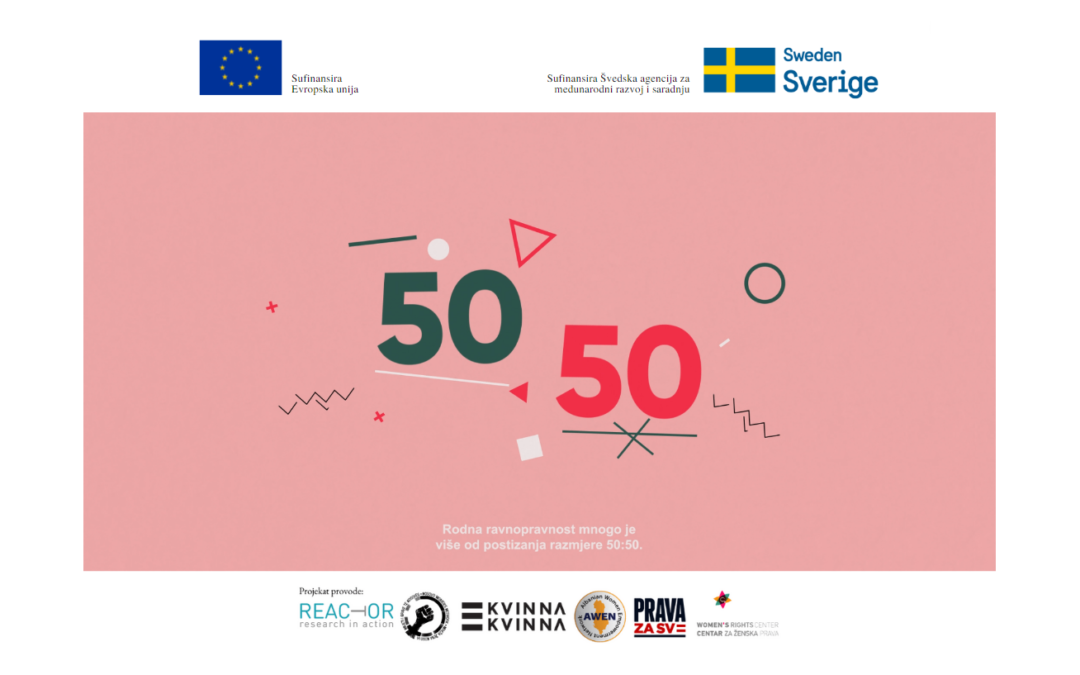 Rights for All (PRAVA ZA SVE) and the partners in the regional Action “Furthering Gender Equality through the EU Accession process”, launched a promotional video campaign.

You don’t often hear the terms Gender Equality and EU accession process in one sentence. When speaking about EU accession, we often hear about complex reforms in many areas. These reforms guarantee that the candidate countries have a stable and democratic government that respects the rule of law and its corresponding freedoms and institution and this also includes the principle of gender equality. Gender equality is a fundamental value of the EU and as such must be streamlined in the EU Accession processes.

As part of the video campaign, there are two short educational videos aiming to explain how gender equality can be advanced through the EU accession process.

In addition to Bosnia and Herzegovina, the campaign is taking place in four other Western Balkans countries: North Macedonia, Albania, Kosovo, and Montenegro.