Online Discussion – Civil Society in Discussions About the Future of the Country: Are Women’s Voices Being Heard? 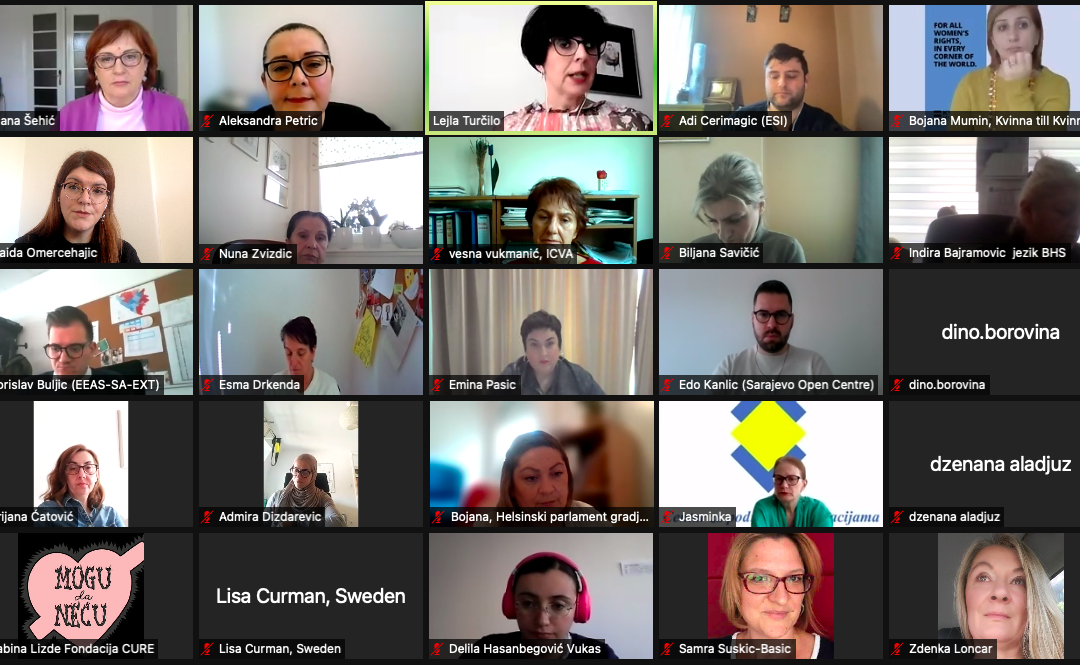 Bosnia and Herzegovina is facing one of the most difficult political crises since the end of the war. The European path is no longer on the agenda of international and local discussions, or in the public. Who is even mentioning the candidate status for membership of BiH in the EU?

Instead of actively doing everything for BiH to approach the EU, which is in the true interest of citizens, the politicians have led to discussions only being about the survival of BiH as a state.

The voices and perspectives of citizens, as well as the civil society, are not being heard in public. They were not included in discussions being led on the key reforms for the future of BiH and of their vital interest.

„Essentially, it is most important to raise awareness among citizens in BiH that including women in the public space – freely, responsibly and under the same conditions as men – is not something that is „given“, but something that must be ensured for women“, stated Professor Lejla Turčilo, PhD, during her introductory remarks at the public discussion intended for promoting women’s voices in discussions on the country’s future.
Aleksandra Petrić from the United Women Foundation Banja Luka stated in the discussion: „The phenomenon of the „concrete“ glass ceiling which women always face in politics is very visible. However, we cannot forget that everything that we have achieved – all laws and rights that we have – was achieved by women. Therefore there cannot be conclusions that women do not want to be included or that they cannot be included. We are those who have fought for many laws.“

„The current situation is a culmination of a paralysis in decision making. We have not been making decisions for years, and in principle a lot has changed. It seems to me that our politicians are bothered by the humble framework that we have, and they want to remove it in order to make it necessary for us to have a peace process, rather than a reform one“, stated Adnan Ćerimagić, Senior Analyst of the European Stability Initiative (ESI).

The discussion ended with the message: STOP the practive of neglecting voices of women and the civil society in development and deblocking of BiH!