Public presentation of the document “Reform Agenda II: an Overview Through the Prism of Women’s Rights” 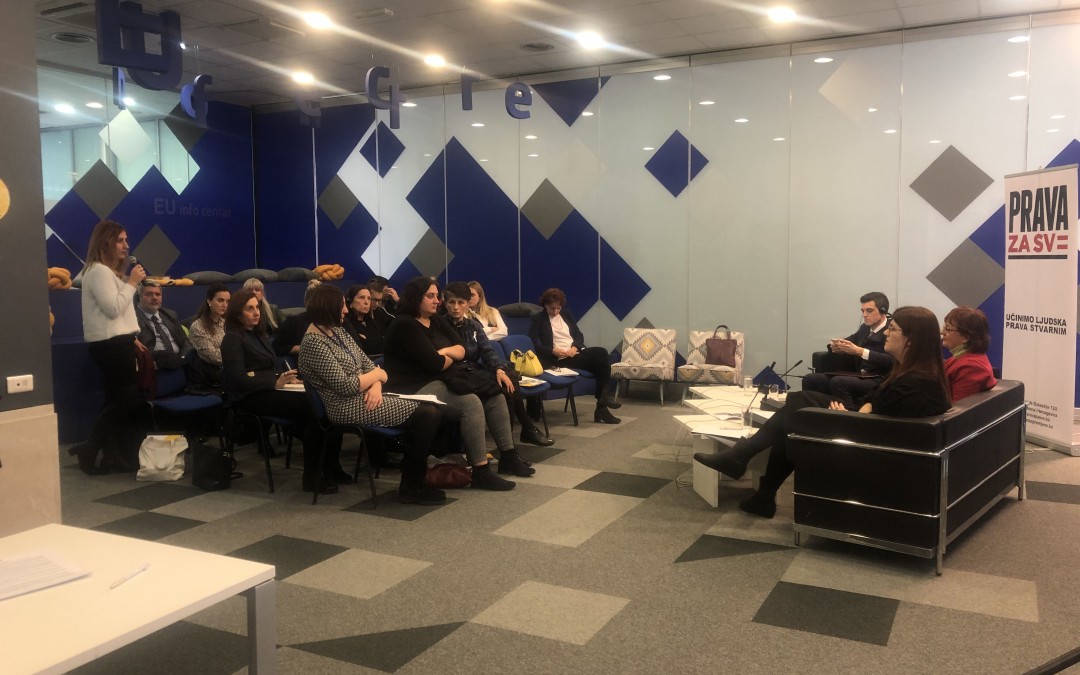 On December 5, 2019, PRAVA ZA SVE presented the “Reform Agenda II: an Overview Through the Prism of Women’s Rights” advocacy document at the EU Info Center in Sarajevo, with the goal of incorporating gender equality in the reforms accompanying the EU accession process of Bosnia and Herzegovina.

The document was created in cooperation with the Women Advocacy Group and follows the structure of the Reform Agenda II, analyzing the representation of women in the fields of sustainable economic development and improvement of the business environment, depoliticization and improvement of the efficiency of state-owned enterprises, comprehensive reform and improvement of the quality of the healthcare system, and the policies providing opportunities for youth, women and other vulnerable categories. 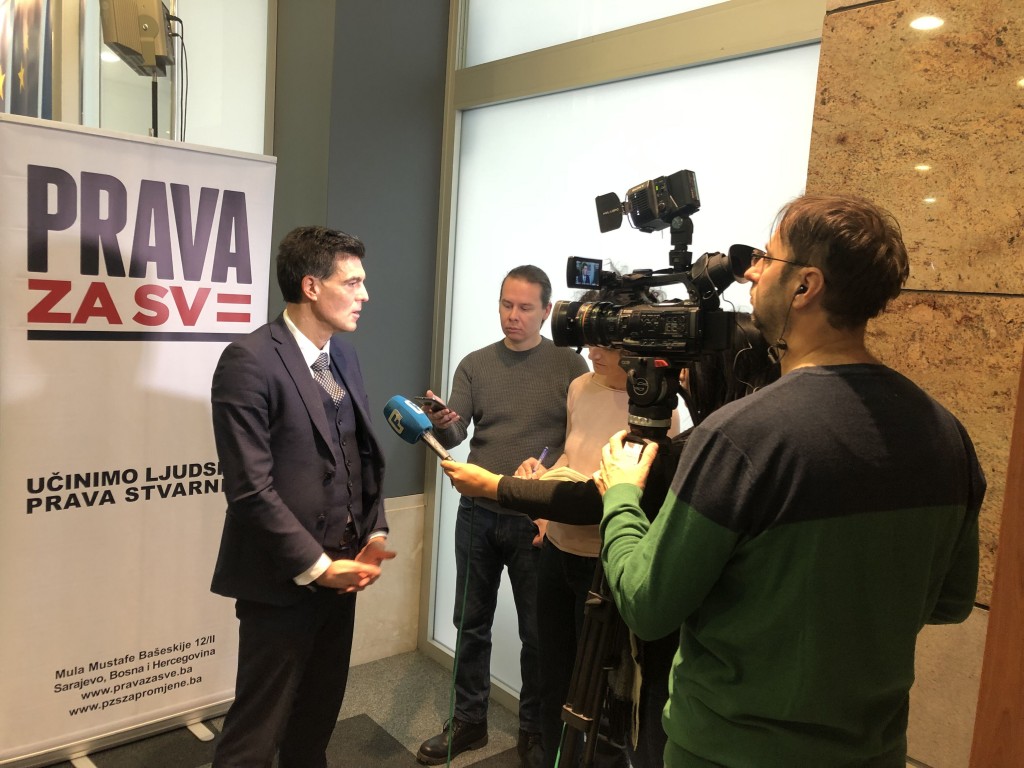 Gianluca Vannini, Head of Operations Section III (Social Development, Civil Society and Cross Border Cooperation) at the Delegation of the EU to BiH, expressed his support to the creation of the document, especially since women’s human rights are not sufficiently represented at all levels in Bosnia and Herzegovina. “One of the key values of the European Union is gender equality, and we pay special attention to this issue, and this is why we are here today, to participate in the debate. Women need to be present in public life and equal with men in all segments. We are inviting the government and the media to stand with us, because this is a continuous process.”, states Vannini. 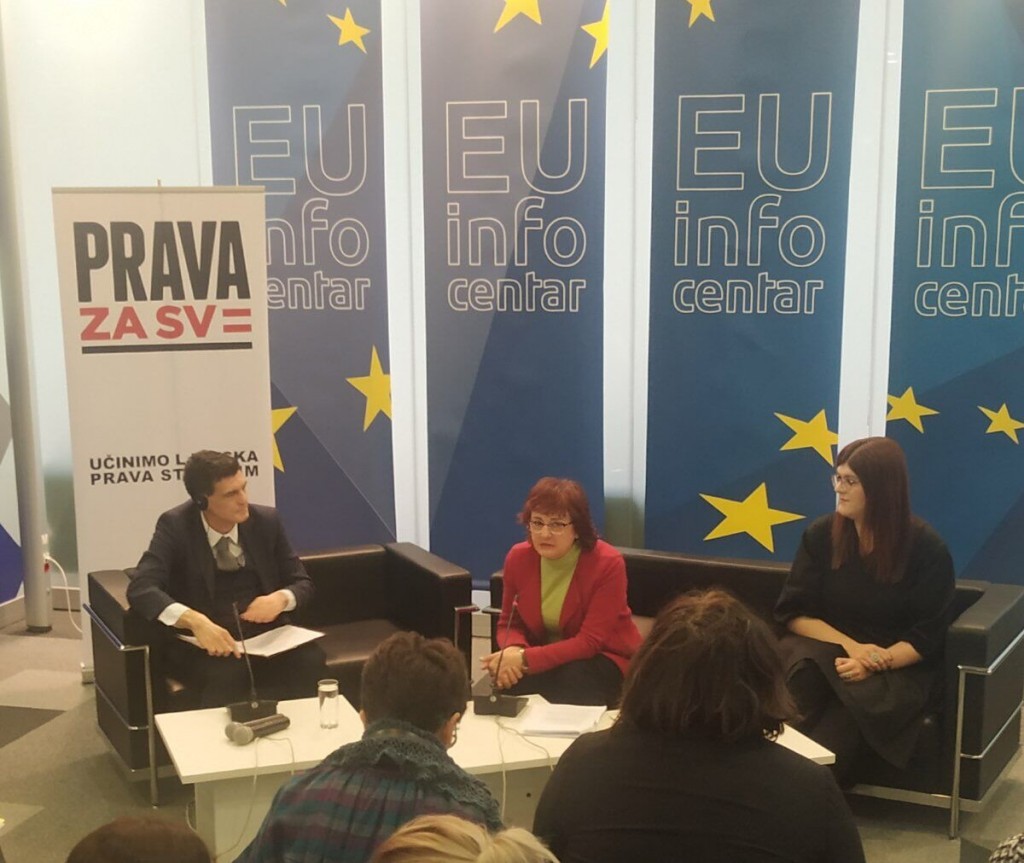 Discussing the content of the recently adopted reforms, Maida Omerćehajić, Legal Advisor at PRAVA ZA SVE stated that the classification of women as a vulnerable category is extremely worrying. “Out of the four chapters of the Reform Agenda II, women are only mentioned in the last one. Women’s perspectives, experiences and expertise must be equally included in the creation and implementation of all reforms”, says Omerćehajić.

During the discussion after the presentation of the document, Krassimir Nikolov, Head of European Integration, Political, Press and Information section at the Delegation of the EU, stated that this analysis was published at the right time, immediately after the reform program was adopted, and that there need to be clear limits between the responsibility of the civil society and the competent government institutions, so that the latter are responsible for the implementation of laws. 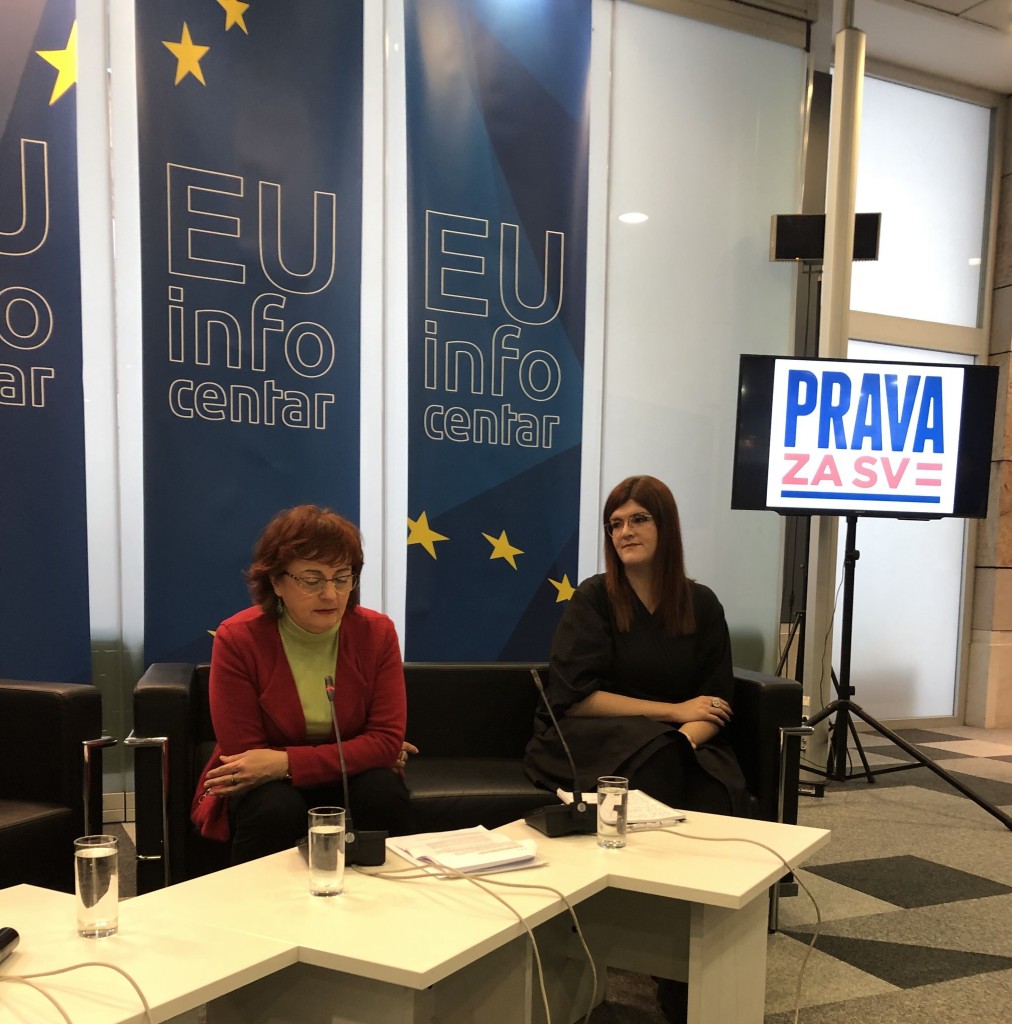 It was concluded that all future discussions on the Reform Agenda II must include the views of the citizens and the civil society.