Rights for All Advocacy campaign: Round table – How to protect yourself against discrimination? 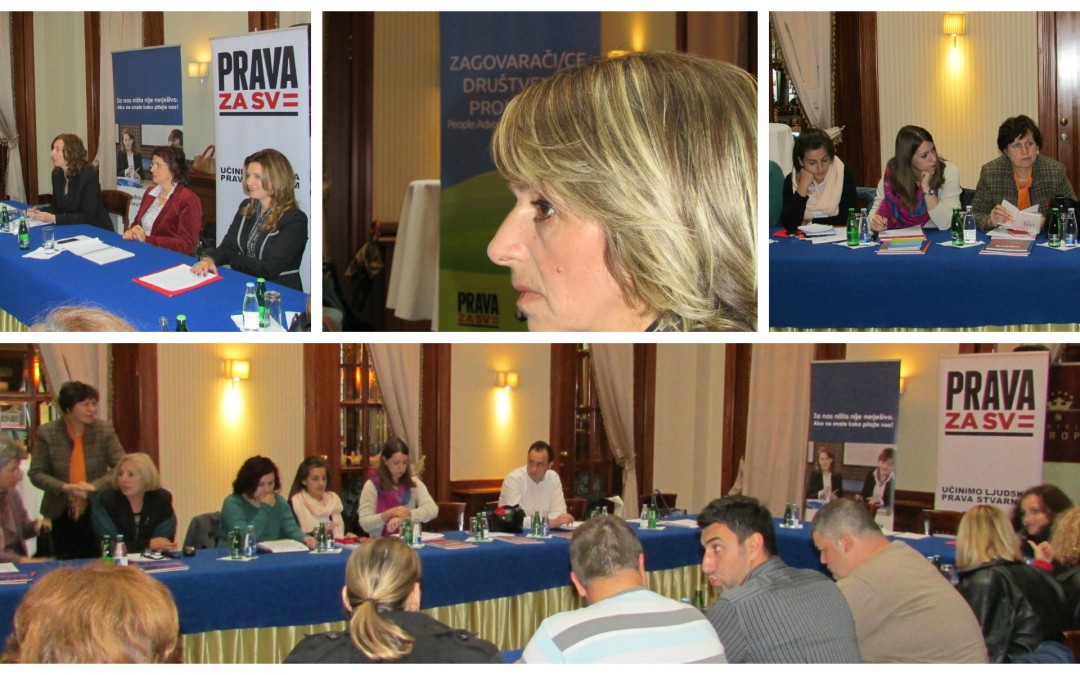 Rights for All was held at 22st October a round table with representatives of Institutions in Sarajevo Canton where was discussed about different solution for elimination of discrimination in Institutions with special focus on elimination of discrimination against woman.  It was recognized that one of the possible ways for improvement of current situation is activation of working bodies (boards and commissions) in Sarajevo Canton, which could result with discussion on the issue and positive revolution in this ground. These topics were main course in speech of Segmedina Srna Bajramovic, one of the members in Assembly of Sarajevo Canton. She emphasized importance of working bodies (commission and boards) in process of elimination of discrimination against women in public institution. Furthermore, she highlighted significance of monitoring through enforcement of existing regulations as well as cooperation with civil society organizations and Agency for Gender Equality.

Arijana Catovic, a representative of Rights for All, presented striking data regarding adopting Law on Gender Equality and Anti-Discrimination Law. These data was revealed within research which was undertaken by Rights for All and ICVA (Initiative and Civil Action), a Sarajevo’s organization.

The participants concluded that this kind of action is a best way in creation a society of equal opportunities.