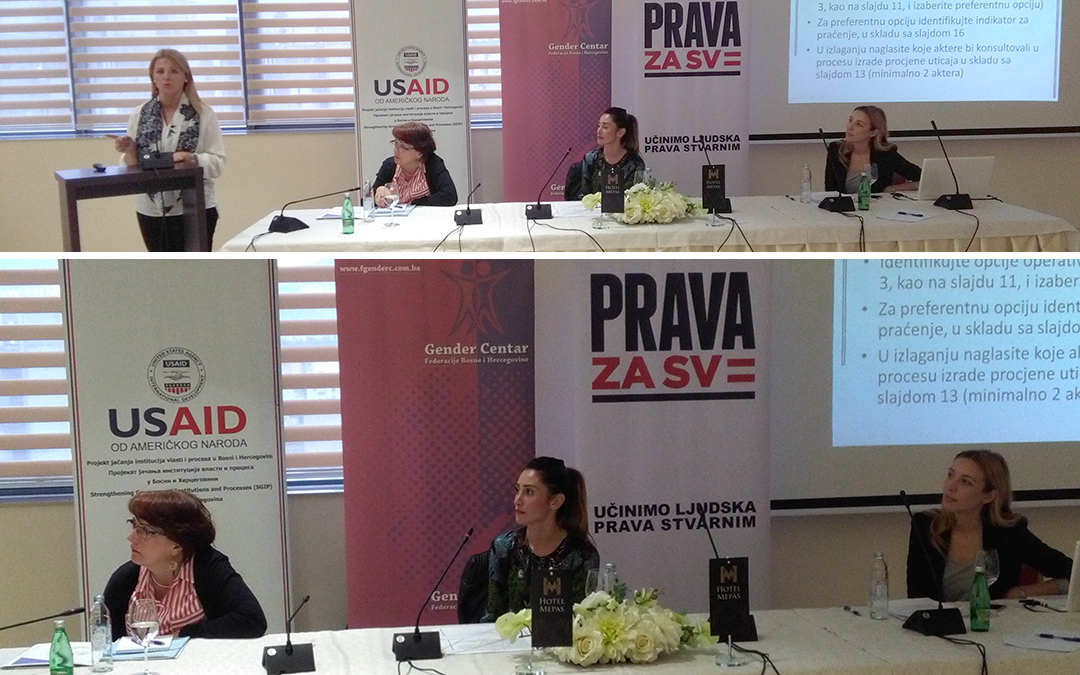 PRAVA ZA SVE  in cooperation with the SGIP and Gender Centre FBiH, organized and held a workshop: “Integration of the gender equality in public policy and legislation.”

Participants of the workshop were representatives from the BiH Federation  ministries.The workshop is among other things contributed to the practical application of previously drafted Handbook on integration of a gender perspective in legislation that can be found in the Publications section.